There are 96 Canadian public and private not-for-profit universities and university-degree level colleges in Canada, plus about 80 community colleges. Education is regionalized, with each province having its own Ministry of Education. With high enrolment and some programs lacking space – in particular at the graduate level – Canadians are looking beyond their provincial and country borders for options.

In 2019, 1.4 million students were enrolled in universities across Canada (source: UniversitiesCanada)

Program types with the largest enrollment at universities were, in descending order: Social and Behavioural Sciences and Law; Business, Management and Public Administration; Humanities; Health, Parks, Recreation and Fitness; Physical and Life Sciences and Technologies; and Architecture, Engineering and Related Technologies.

At colleges (including transfer programs) the top enrollment was seen in the following areas: Humanities; Business, Management and Public Administration; Health, Parks, Recreation and Fitness; Architecture, Engineering and Related Technologies; Social and Behavioural Sciences and Law; and Visual and Performing Arts and Communications Technologies.

Unlike some other markets, Canadian students are looking for a broad selection of programs, not just the ‘big three.’ The following areas of study at universities and colleges in Canada are the most sought after:

IIE's Open Doors 2019 Report tells us that Canada is still the fifth largest source country of international students going to the US, with some 26,000+ Canadian student enrolled in US universities in the 2018/2019 academic year. With these high numbers, American universities and colleges are well advised to direct their focus to this market.

As well, Canadian students are in the top 10 of international students in UK universities (almost 8,000 students), and about 4,700 Canadians were studying in Australian universities in the past year. Other popular destinations are New Zealand, Italy, Spain, France, Singapore and Japan, to name a few.

More and more high schools and universities in Canada are encouraging studying overseas and education consulting is becoming increasingly popular across the country. Universities Canada has called for a doubling in the number of undergraduates taking study-abroad programs, to 50,000 a year from the current 25,000. (Graduate students are estimated to make up another 15,000 participants a year.). And this does not include the numbers of fee-paying students going abroad for whole degree programs.

In addition to university studies, Canadians are going abroad to volunteer, learn a second – or third – language, and are looking for gap year/career break experiences. 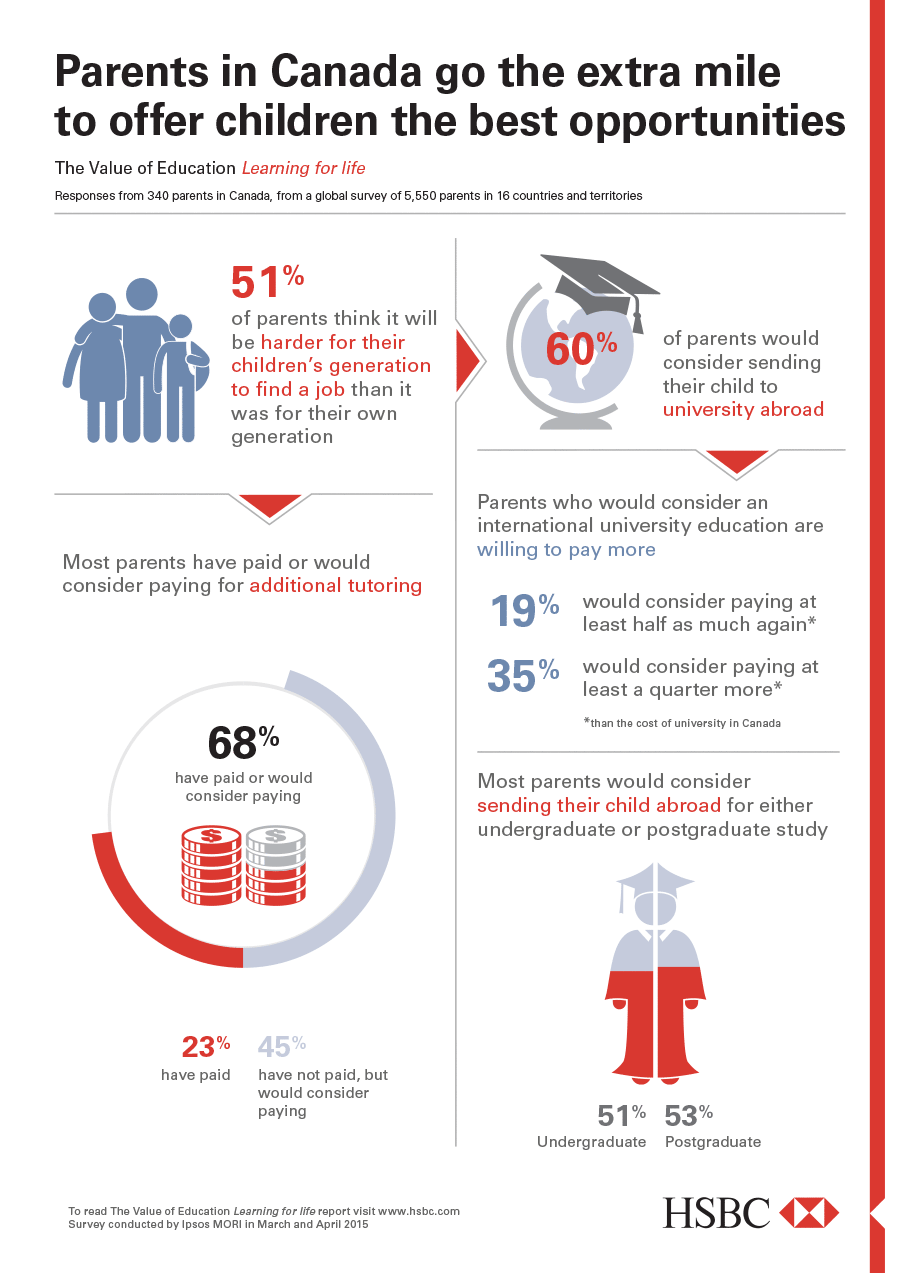 Recruit in Canada – Study and Go Abroad Virtual Education Fairs on May 19, 2022

Banners on Other Pages

During this unpredictable time, with the world coping with the pandemic crisis, we at Recruit in Canada are also taking the necessary precautions to ensure the safety of our team and our partners.

We have introduced a new event – the Virtual Education Fair, to take place May 21st – so that our esteemed partners can continue to reach out to prospective students from afar. This event is not limited to engaging students in Canada, as we are working with partners to also reach as many markets as possible.

Our regular Fall 2020 expo is currently still scheduled to take place; the event venues were booked a year in advance, and our contracts remain in place. Should either party (we as the event organizers or the event venue) need to cancel due to circumstances beyond our control, we will advise our exhibitors well in advance and provide any refunds as set out in our terms and conditions.

We stand by to continue being a platform from which to reach students, across Canada in particular, with our many digital promotion options. Please contact us any time for details on how we can assist you in keeping visibility in this market.

From the entire team at Recruit in Canada, we wish you and your families good health and well-being.